The above title came from a blind man selling pencils at the Braille Institute.

Yep, how they feel around you, whether they feel they can talk to you and your general vibe is supposed to be more important than your looks?

How about a combination of the two?

In a very interesting opinion piece, the author lays out her beliefs on the above topic.

This is in no way to suggest they were formed using the scientific method.

If I were to bet, I’d say most men think and feel the same on this subject.

My intuition did a whammy on me last week and I sat on this for that long.

You probably read that title and said, “Ok, we know that about women but men?”

No one talks about men getting all warm and fuzzy and emotionally attached to a woman just because of her vibe, how she moves or how she talks and walks. 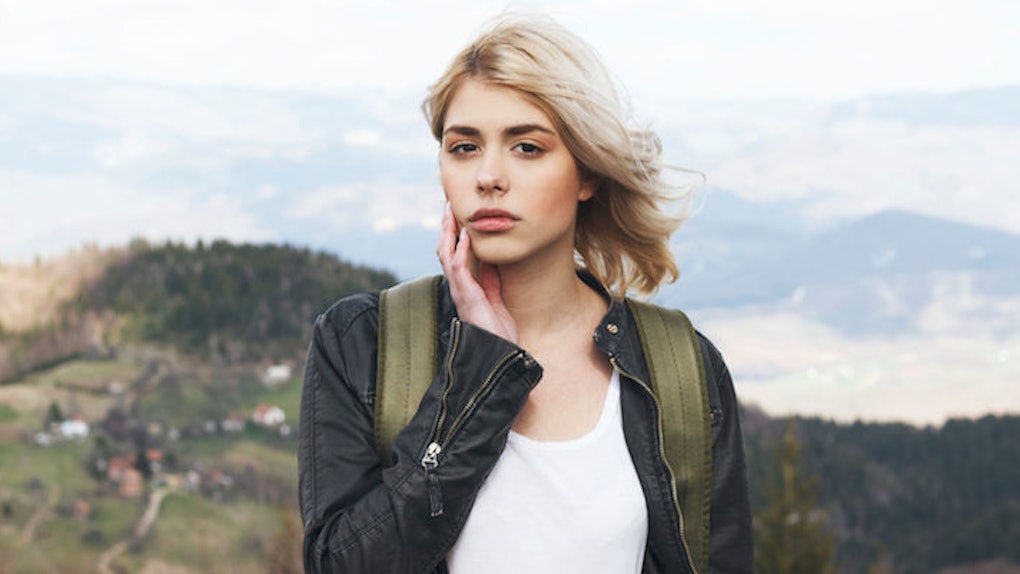 It’s in all the songs they sing though.

Men pine much more deeply for a woman than a woman will ever pine for a man and they’ve told me that they have an issue with that! Women, on the other hand, tell me how imperfect a man has been, how she’s rejected him and that he screwed up.

The men I know NEVER tell me that about a woman.

The men are adoring of their mate.

Men are far more emotionally rejected than we are just because they don’t act like women or love the way we do.

They don’t make human beings in their bodies!

Men are very insecure about this state of things and men feel deeply when they fall in love with a woman.

Now I will explain what I figured out via my intuition last week.

I’ll start with women. Women, imagine how easy and normal it is for you to talk, commune, flirt, hug, be warm and smiley with all the women you know.

We do that so easily with each other, even if we’re strangers. I certainly do. We “do” relationships all the time with other women. Not so much with men and here’s why.

Men find sex to be easy and natural and if civilization hadn’t pulled a whammy on them and judged them for being so sexy and natural they’d probably have sex all the time.

Civilization has curbed men in terms of their nature much more than it has women.

I’m not saying men find it easy to have sex with other men naturally but the boys club is real.

And sometimes, as we know, they do have sex with each other. But think of that. Being gay is much more acceptable for women than it is for men.

Civilization is set up so that when a woman has her fondest wish, a child, the man is there to be a father for the child’s sake, or at least society has told him he’s supposed to be. If he’s not, society has plenty of punishments for him.

Some are close, some aren’t.

Women should know that when men see us relating so easily and happily with other women and men, they get anxious about what we’re up to.

They don’t know that it’s superficial for us and we’re just being friendly. I don’t think they’ll admit this though.

For women; put sex in the mix with relating to a man and the woman is pulled off of her center.

Not only because our physical energy is super responsive to sex but because it’s always a possibility that we could get pregnant.

Sex is a big deal to us on many levels.

Put a relationship in the mix for a man when he’s relating to a woman and he’s pulled off of his center because he doesn’t have much natural skill in it.

What men do is tease, tickle, and joke.

I would fit well in that category buy many other men would not.

This site uses Akismet to reduce spam. Learn how your comment data is processed.